It's been one year since we first reported on DefianceIndustries' Secret Ops Model Upgrade Pack. Although he's had to reprioritize and shift focus among some other projects over the last few months, he posted an update to assure fans that progress is still being made. The latest research goes inside the ships to determine how cockpits might be improved. There have also been some issues implementing improved capships properly, but fortunately other fans like gr1mre4per are collaborating to figure out a solution. We're anxious to see what they come up with! 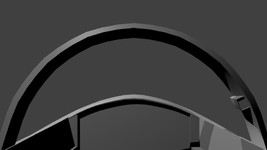 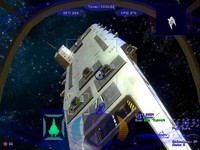 I'm also looking at revamping the cockpits. Dark Sentinel and I discussed trying this a while ago. He even went so far as to put together a cockpit tub based off my Panther model. I took the basic tub and am starting to add some panels and detail to it. I'll fully model it out and then see if I can get it to work in SO without crashing it. hehehehe. Anyway, here are a few shots of the rough clay and a layout idea. I'm not planning on moving the HUD elements around, I always assumed the HUD was projected onto the pilot's visor anyway.

I'm working on some models in the background but the big issue I'm facing right now is that I can't get BSP trees to work with the new cap ship models. The models would work with Prophecy, there aren't major differences in file structure between them (same engine and all). However, there are huge differences in memory management between Prophecy and SO. So the WCP Unlimited version that Gr1mreaper is working on are different code branches. I haven't tested them with WCP, but it is on my list of things to do after I get the WCP models updated, after all it should be a pretty easy port at that point.