Today marks 20 years since the premiere of the Academy television show on the USA Network! The animated series came at a prime time in Wing Commander history. It arrived just a few months after Wing Commander 4 & the CCG premiered and a couple months ahead of Kilrathi Saga & Privateer 2. Fans were treated to delightfully well researched story arcs as well as the familiar voices of Mark Hamill, Tom Wilson and Malcolm McDowell. As part of the Saturday morning action extreme team, it would be easy to dismiss as just another kids' cartoon, but the reality was far from it. Each episode featured themes such as the ethics of genocide, losing loved ones and debate on wartime strategy. Its art style was pretty snazzy too! The show earned significant critical acclaim and is regarded as one of the many highlights of the franchise that newcomers must experience. 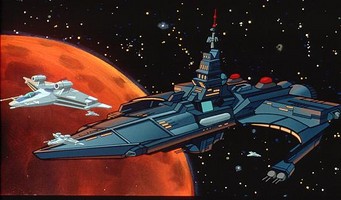 Amazon lists the two-DVD set for an incredibly low $5.99. At this price, absolutely everyone should own a copy! When you get your discs, check out the viewers guide to see what order to what each episode in. They come on the disc in production order, but this differs slightly from both the way that they aired and the way that they fall in the timeline. Check back when it's time to make sense of the Warrior King or figure out which ships can be seen throughout space. You can even hit up Shapeways for a small 3D print of the Academy Tiger's Claw. 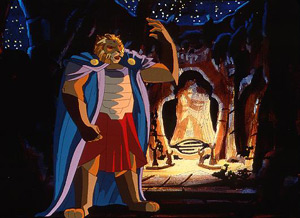