AD made a fun discovery while trying to find out the full name of Prophecy's gloomy Lieutenant Dallas. In the video of his funeral, the tombstone that reveals his name also contains references to Wing Commander creator Chris Roberts and to former EA executive and current venture capitalist Bing Gordon. 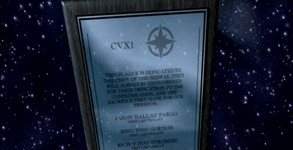 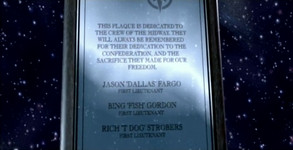 The last line on the plaque is Rich "T Dog" Strobers, which is clearly a lazy anagram of Chris Roberts. Rich is Chris minus the S and Strobers has the extra S from Chris, and moves it's T forward. I'm not sure I get the T Dog reference, but I'm sure there's a story behind it.