It's been a good season for Joe Garrity and undiscovered cockpits! He found a second interesting artifact, but this one is a little more familiar than the one above. The first photo below comes from a disk labeled "1994 WINTER CES SWC." It shows an early version of the Super Wing Commander Hornet cockpit with an actual DOS-era Hornet targeting outline on the right VDU. The displays and readouts in the upper structure are also different than the final layout, which is pictured second. Joe also found a fun sample of the fight pictured on the SWC box. It comes unobscured by the cockpit structure superimposed in the final art. Pretty neat! 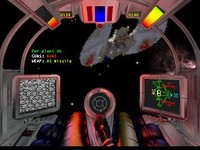 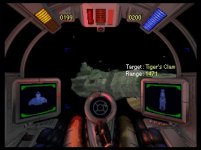 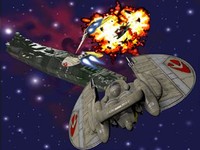