A Peek Behind The Flat Universe Curtain

The Maslas Brothers have provided this look at the work space where the magic happens. They've got a great collection of Wing Commander games to consult as reference and a couch to crash on after late night coding sessions. There's also a projector on the end when it's time to kick back and play. The shots below show off some of the classic scenes from WC1 and their counterpart areas from the Flat Universe game. 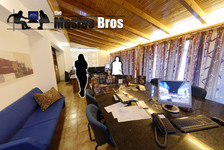 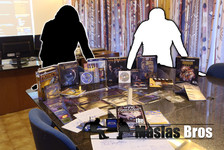 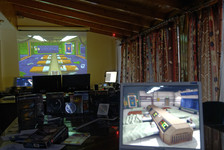 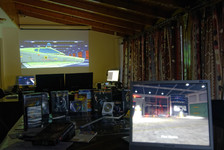 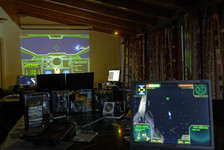