After a marathon month of coding, L.I.F. has released the first playable test release of the Homeworld Mod working in the new Remastered 2.0 engine. He's come a long way restoring basic functionality after the core game was overhauled. A few of the factions and features are still unavailable at this time, but this version allows players to get into some battles and provide valuable feedback. Testers are needed! Grab the mod at the Steam Workshop here and let everyone know what you think.

Aaaaaand it works. *phew* Steam release playable. Remember to use the -luatrace command and to report bugs/CTD if possible, as well as sharing your suggestions for balance and tweaks. I'd like to be able to release a more enjoyable version for the CIC birthday if I get feedback to work with and integrate. :)

One of the gameplay's highlights of the official 2.0 patch was a massive improvement in formations, so I think I will break away once and for all from the "fighter group" model used before, where you purchased your fighters and bombers by groups of different sizes. Instead of this, you will be able to build the fighters on a unitary scale and use the formation tool to get your own wings and combat groups. In addition, some ships will receive a productivity upgrade. For example, the Lexington and the Naval Base (think Blackmane in III) will have two production lines to build two fighters or two capital ships at once. The Lexington thus becomes much more interesting for setting up mining installations or replenishing strike groups during a pitched battle, while the Naval Base becomes much more than a simple shipyard. 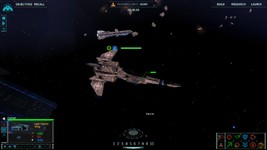 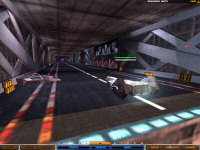