Here's a look back at a relatively obscure merchandise tie-in for the Wing Commander Movie. Along with items like books, action figures and the Pilgrim Cross, a company called Cinema Secrets licensed a Kilrathi mask and helmet to go along with the film. The mask featured a scowling Kilrathi face with full head for $44.99. The "helmet" was more of a shoulder piece and head covering for an additional $33.99 and wouldn't have worked well without the mask to go along with it. While the Kat head was pretty high quality, the secondary accessory was made out of a cheaper plastic material that degraded more easily over the years, so it's not likely that many still remain in existence. Because this was 1999, fans who wanted to buy these originally also had to do so via the company's mail-order catalog. It was big news later in the year when they started accepting orders online. We've come a long ways since then, but it still seems just like yesterday that we snapped the (October 1999) photos below! 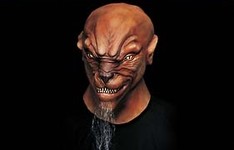 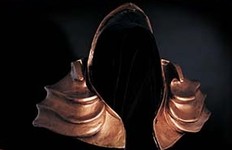 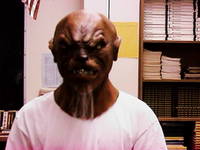 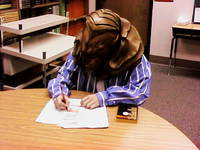