AD spotted a rather extensive review of Wing Commander for the Amiga on the Super Adventures in Gaming blog. We've seen quite a few of these retro reviews in recent months, where the author is either coming back to a franchise they grew up with, or they're entirely new to Wing Commander. This review is especially nice because it's richly illustrated, not only with screenshots, but also animated GIFs that capture all aspects of the gameplay experience.

I have a massive amount of nostalgia for this game, and I love the way it looks and sounds. This is an early example of cinematic gaming done right, with the inter-mission intermissions immersing players into the world in a way that TIE Fighter and later space combat games have tended not to focus on, without it getting in the way of the gameplay.

The article also includes a number of visual comparisons of the MS-DOS, SNES, Sega CD and Amiga versions.

Say what you like about the Amiga 500 version, it looks damn good considering that it only has 16 colours on screen, and it seems pretty much the same to the DOS version in gameplay. It's just a shame that if you try running it on an A500 you're going to get a frame rate just one step above 'turn based'. Oh, plus it loads off floppy disks. 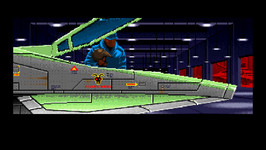 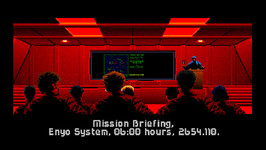