Thrakhath Sets Off For Earth

The Confed homeworld has more to fear than a Shiraak! The Hakagas that were under construction in the far flung reaches of the Empire have been completed and are on the move. Everything about the vessel in Klavs' latest render feels heavy and well armored. It also matches well with the Hakagas as they were pictured on the Fleet Action cover, plus there's good style commonality with other Kilrathi warships like the Ralari. You would never want a fleet of these things knocking on your door! 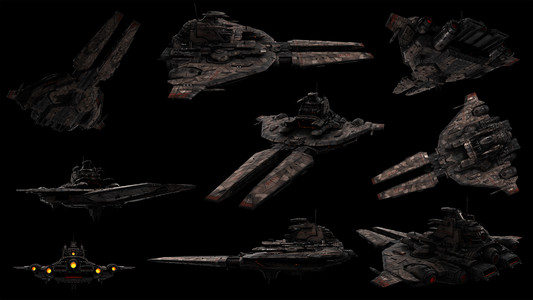 Thanks guys! Here's the Hakaga. She's a little light on red coloring, but I wanted to stay somewhat true to the End Run cover. I figure red accents get added with additional kills and victories, and the Hakagas weren't really 'blooded' until Sirius. She's a beast, 'nuff said! :)