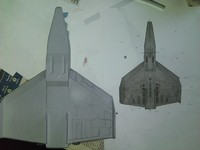 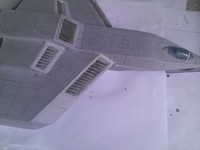 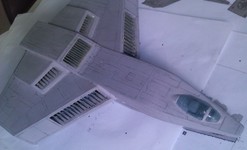 The live orchestra Wing Commander Kickstarter project continues to get closer and closer to the magical $35,000 threshold. What's been especially striking about the last day is that more than $1,000 has been added by existing backers upgrading their pledges today. George has refined his 'stretch goals' explanation in order to make every dollar more worthwhile.


Adding 15 more minutes of live orchestration if the campaign reaches $47,000 is still the plan, but if the total is somewhere between $35K and $47K, George will try to negotiate as much musician time as possible. If that doesn't completely pan out, additional digital reorchestration will be produced for each $1,000 above the minimum $35K. The basic digital and CD tiers exist starting at $20 and $50, and George is asking for $50 (digital) and $100 (CD) to enable this additional length. This is obviously a lot more than you can find an album for at Walmart, but every contribution is helping to make this wonderful thing happen!

Greetings everyone! We're ever closer to the $35,000 target! Thank you ALL so much, from the bottom of my heart!

Let me just clarify what that $35K will get us. As it stands the initial target will deliver 15 minutes of music with a full symphony orchestra and choir. I've already added the incentive for pledges of $50 and above of another 10 minutes of digitally orchestrated music using my sample libraries in my studio. That first 15 minutes of orchestral music will be available as digital download for pledges of $20 or more. The full 25 minutes of orchestra plus the digital orchestration will be available as digital download for $50 and up, and on the CD for $100 and up.

You may recall that the next target for an additional 15 minutes with the orchestra and choir was $47,000. I could probably work out a deal with an orchestra contractor to have an orchestra stay another hour or two instead of the typical 3 hour session (which would get that extra 15 minutes) if we get to an amount above the $35K but not quite to $47K. Unfortunately that's something I can't say for sure until I know what the total amount turns out to be. NEVERTHELESS, if we get past the target amount I WILL DO MY ABSOLUTE BEST TO BRING YOU AS MUCH WC MUSIC WITH ORCHESTRA AS CAN BE AFFORDED BY THE FINAL AMOUNT. And if for some reason it's still not enough to book more orchestral music I WILL DELIVER 5 MINUTES OF DIGITALLY ORCHESTRATED MUSIC FOR EVERY $1000 WE REACH ABOVE THE TARGET! I wish I could do that for free, but I'd have to take time off from other professional pursuits to accomplish that :) Any additional music will also be available at the $50 level and up (download) and on the CD ($100 level and up). Of course another scenario could be using the extra funds to record with someone like the London Symphony instead of Prague or Bratislava. I'll keep you posted on that! I'll update all this on the opening pledge campaign web page.

I will be soliciting suggestions from everyone who pledged after the campaign for what their favorite WC 3, 4 and Prophecy is, should we blow past the target amount!

OK, let's get back to work! Wonderful job so far everyone! You are all amazing!

Lastly, we'll also be adding awards to the CIC Forums Ribbons/Medals Trophy System to the accounts of Wingnuts who backed the campaign!