Another of Scooby's models has made it into the Enigma 2666 mod. This Venture class corvette's nose appears somewhat short in the five-view shot, but this gives the model a bit of a tougher look maybe. The in-game image looks a little closer to the design as seen in the games, and it hangs in space nicely paired with an escorting Rapier. There's been a lot of good looking ships inducted to the mod lately - hopefully we're getting close to a playable campaign. 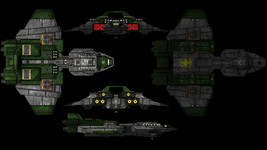 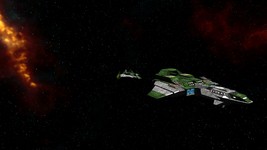