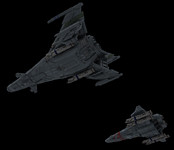 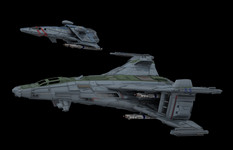 Shipping information for Star Citizen rewards was due last Friday, but the deadline has been extended slightly. Due to the large backlog of support tickets, actual items will not be shipped immediately. So while the backlog is worked through, fans can continue to submit or change their information, as long as it can be done through the automated Account interface.

In addition to a delivery address, there is an option to customize a name or callsign on your plastic / metal commemorative card. It'd also be great if all Wingnuts added a bit of Wing Commander flair to their row of text. Up to 26 characters are allowed. So whether you choose something like "Ralgha nar Hhallas" or "Orions Rule, Retros Drool!", please send in photos of your WC-themed cards after they ship! We'd love to share your clever WC references with everyone!

Thank you all for your tremendous response to our Citizen Card & T-shirt deadline. Please be patient as we are currently working hard to process the backlog of customer support requests. We can't accept any further requests for account changes, but you can still go into your Account to upgrade your package and fill in the shipping form in order to receive your personalized card. This grace period will be the last opportunity to lock-in your personalized card.