The official end to the RSI crowd funding campaign hit at 1 PM Central Time this afternoon, and the numbers are in...credible! Chris Roberts has pulled in more than $2.1 million via Kickstarter and more than $4.1 million at the RSI site for a whopping $6.2 million total. This puts the project more than $2 million beyond the next most supported video game in history. The KS tally is now locked, although existing contributors will be allowed to make certain upgrades over the next year at the RSI site.

The conclusion capped an amazing weekend that brought in some $2.5 million alone. It was accelerated by a fun-filled webcast with a rotating lineup of Origin/Wing Commander guests and Q&As direct with the people behind Star Citizen. Congrats Cloud Imperium team!

To say this weekend has been exciting for Star Citizen is an understatement. The pledge total hit $3.5 million last Wednesday. Since then, over $2.2 million dollars was pledged to Star Citizen! The big goal behind the $5.5 million mark was the Bengal class carrier. The ship will now be unlocked in the game. One final goal remains for Star Citizen, $6 million. What will hitting $6 million do?

Six million was what it would take us to build the game we were imagining with all the bells and whistles we wanted included. Well, here we are with just over eight hours to go and that impossible goal where everything is unlocked is suddenly in sight. At six million you’ll launch the game with 100 systems, a full orchestral score and a free copy of the first Squadron 42 mission disk, Behind Enemy Lines.

There are only a few hours remaining to pledge or upgrade! Be sure to stop by the RSI site or Kickstarter site and aid the cause! Those Star Citizen and Squadron 42 t-shirts look pretty good! Why not get one or both for yourself! 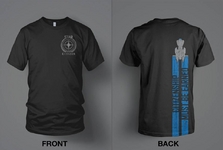 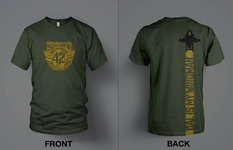