Roberts Space Industries has published a supplemental Draft FAQ that seeks to answer emerging questions that have popped up over the last week. It goes beyond the original FAQ posted on the bottom of the Star Citizen page with additional juicy tidbits. A couple key explanations are below - check out the full document for more!

Is Star Citizen an MMO?
No! Star Citizen will take the best of all possible worlds, ranging from a permanent, persistent world similar to those found in MMOs to an offline, single player campaign like those found in the Wing Commander series. The game will include the option for private servers, like Freelancer, and will offer plenty of opportunities for players who are interested in modding the content. Unlike many games, none of these aspects is an afterthought: they all combine to form the core of the Star Citizen experience.

What are the “Citizen Cards”?
Citizen Cards are physical props to prove that you have supported Star Citizen and will be one of the first pilots in space when the testing process starts. They will be wallet sized cards that you can carry with you anywhere you go. Citizen cards will also appear in the game itself, showing your character’s social standing, credit account and so on. We’re hoping to make them available to backers by Christmas 2012, so you can gift the game to friends and have something to show for it!

Can you tell me about the different ships?
We’re working on concept art right now that will show you the different levels of ships! For now, imagine the sort of ship advancement you encounered in Privateer or Freelancer, with the Aurora being the basic ship and others being improved or more specialized craft. The top-of-the-line ship in our pledge campaign is the RSI Constellation, which is a multi-person craft that includes a turret and a smaller fighter that can be manned by your friends! 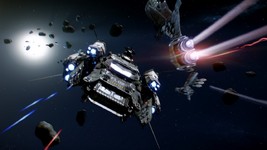 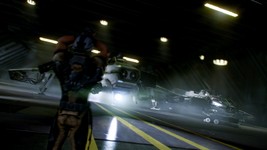