Neil Armstrong, commander of the Gemini 8 and Apollo 11 missions, passed away today. Armstrong needs no introduction; as the first man to walk on the moon it is likely his will be one of the few--perhaps even the only--contemporary name remembered distant centuries from today. 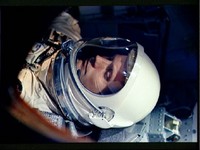 In addition to his achievement unlikely ever to be surpassed, Armstrong should be remembered for his sheer strength of character. He spent the forty-odd years following the landing as a model hero. Taciturn to a fault, he opted to neither profit from nor dwell on his part in the Apollo program.

Origin Systems paid tribute to Armstrong in 1995 by giving the surname to the player character in Super Wing Commander. "Maverick" Armstrong replaced Christopher Blair in that remake of Wing Commander I. 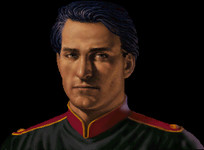