Did You Ever Really Chair?

Super Wing Commander for the 3DO doesn't have side views. You can swap between your cockpit, a chase view and a cinematic 'battle view.' But unlike Wing Commander I, there's no looking left, right and behind... and there are no sides to your cockpit. The Macintosh version actually includes (undocumented) the ability to look left and right but includes no window dressing graphics.

Or are there? While digging into the 3DO version's guts, HCl discovered something interesting: an assortment original Wing Commander I graphics of the 'surround' views... and, in two cases (Hornet and Scimitar) rear views in the Super Wing Commander style! They're inaccessible in the game itself, but they're hidden in the data files. The Scimitar view seems to be unfinished (it lacks the seat) but it proves that there was a plan to include the other views at some point in development! 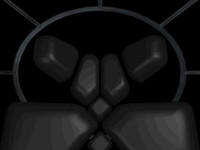 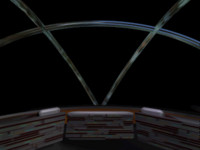