On This Date In Wing Commander History - KIS Sivar Destroyed

In the contested Vega Sector, Crown Prince Gilkarg nar Kiranka, Kalralahr of the Kilrathi armada was secretly overseeing the development of the Proton Accelerator Gun, also known as the Graviton Weapon. Developed on Warhammer XII, the Graviton Weapon could destroy an entire planet by increasing the gravitational force of the planet 137 times. This weapon would be used to crush the Terran colonies with ease, and the KIS Sivar would serve as the platform for this weapon. 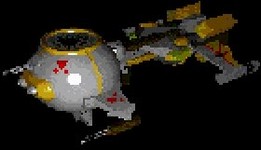 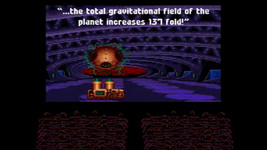 After the loss of Venice in 2654, the Kilrathi had no choice but to abandon the Vega Sector. Gilkarg ordered the Sivar to fire on Warhammer XII to erase all evidence of the super-weapon's development, and in the test that followed, the Sivar completely destroyed the planet and all life on it. The Sivar and its task fleet then relocated to the Epsilon Sector, where they planned to destroy the Goddard Colony. The Sivar fired on the planet, killing all 250,000 Terran colonists on the planet before fleeing into deep space with its strike fleet. The Confederation sent the TCS Tiger's Claw to investigate. They found the colony world utterly devastated by the Kilrathi weapon. One pilot in particular was deeply affected by this massacre, Zachary "Jazz" Colson. He blamed the Confederation,and the Tiger's Claw in particular, for the loss of Goddard. Colson spent the next decade as a traitor to the Confederation before being killed by Christopher Blair.