Technically It's Called The 'Lance'

It's been a great week for fan-made pictures of Wing Commander ships, but it's been even better for real space ship action! The SpaceX Dragon capsule successfully docked with the International Space Station today. It launched into space on Tuesday and conducted a variety of practice maneuvers before becoming the first spacecraft launched by a private company to dock with the ISS. Regular cargo flights could begin later this year and human passengers could come along a few years after that. This is the first of several commercial ventures that are currently developing orbital space vehicles. We're one step closer to Wing Commander Privateer! 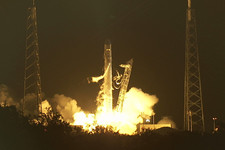 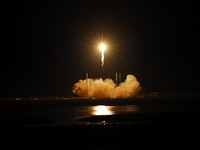 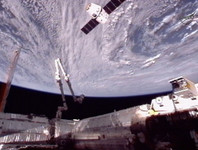 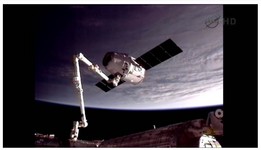 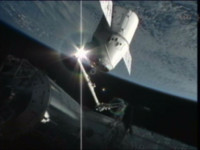 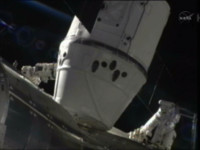 Following a series of system tests and a successful fly-under of the space station Thursday, the Dragon capsule was cleared by NASA to approach the station Friday. Dragon then performed a series of intricate test maneuvers as it approached the orbiting laboratory. These maneuvers were required to demonstrate the maneuvering and abort capability of Dragon prior to approaching and moving into a 65-foot (20-meter) "berthing box" where it was grappled by NASA astronaut Don Pettit using the station's robotic arm at 9:56 a.m. EDT.

"Congratulations to the SpaceX and NASA teams," said William Gerstenmaier, associate administrator for NASA's Human Exploration and Operations Mission Directorate at the agency's headquarters in Washington. "There is no limit to what can be accomplished with hard work and preparation. This activity will help the space station reach its full research potential and open up space-based research to a larger group of researchers. There is still critical work left in this test flight. Dragon-attached operations and cargo return are challenging and yet to be accomplished."