The CIC's annual Fan Project & Web Site of the Year awards are under way, and we need your vote! A handful of nominees that contributed to the Wing Commander community over the past twelve months have been chosen, and Wingnuts can help decide the winners. Head to the voting page to cast your ballot. Thanks to those have already voted! 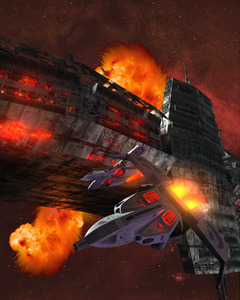