It's a new year, and that also means it's time for the CIC's annual Fan Project & Web Site of the Year awards! A handful of nominees that contributed to the Wing Commander community over the past twelve months have been chosen, and now Wingnuts can vote towards the winners. There were tons of exciting projects this year, so limiting the options to just six isn't easy. Thanks to everyone who contributed in 2011! Head to the voting page to cast your ballot. 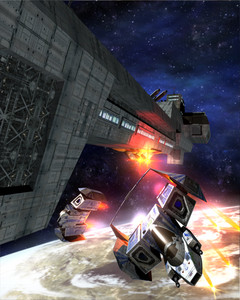