The impossible has happened: Wing Commander Academy is coming to DVD. The short-lived animated series, beloved by Wing Commander fans for its surprisingly mature storytelling and dedication to the continuity, is coming home. Visual Entertainment, Inc. has licensed the series from NBC/Universal and is putting out a two-disc set complete series set--all thirteen episodes. The series will be available on October 25. The DVDs are already available for pre-order through Amazon Canada, and more options should be available in the next two weeks. We've spoken with Brian Jedan of Side Road 5 Media Consulting, who is working on the release, and it's clear that he "gets us"--and wants to do whatever he can to make fans pleased with this set. To that end, he was kind enough to send along preliminary art for the box and discs (see below). We will have more information on this release as it becomes available along with retrospective material on the series. This is great news for Wing Commander fans everywhere, though: it's safe to say that no one, ever, expected this to happen. 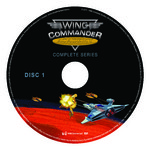 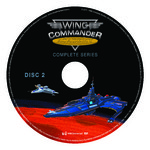 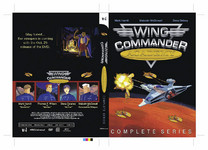