GOG has issued the first update to their sales rankings since the EA licensing deal was announced... and the numbers are good! Out of the 290-game GOG catalog, Privateer is now in 146th place--meaning that in under two weeks it has sold more downloads than half of the games ever released through the service. More telling, Privateer is also far and away the best selling of the Origin games released to date. Crusader: No Remorse ranks #204 and Ultima Underworld 1+2 ranks 284th. Privateer is also the top-selling EA game, beating out Alpha Centauri at #172 and Dungeon Keeper's sad last place. If you haven't picked up Privateer yet--keep buying so we keep flying!

Looking for a franchise to relaunch, EA? 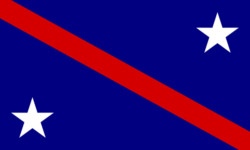 It's worth noting that the Confederation went without a single distinct emblem for quite a while. Both a five-point star and the distinctive "Origin logo" roundel appear at various places in the earlier games. In Wing Commander II, Ferrets have red Origin logos on their wings but Terran capital ships have yellow stars. In Wing Commander III, the familiar logo is more prevalent but pilots also wear a 'sword in star' logo on their uniforms. Super Wing Commander even has a different elongated star!

Special Operations 2 shows us an interesting flag--it's derived from the Wing Commander I flag but swaps the five-point stars for 'Origin logo' style jump points: 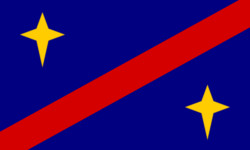 Wing Commander IV created a flag for the Confederation by placing the now-familiar roundel on a blue field (sometimes with a white trim). 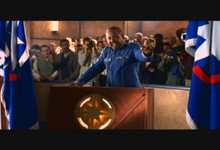 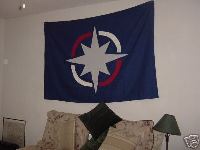 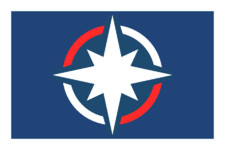 Wing Commander IV has another treat for flagophiles: 16 other flags hanging above the assembly, likely representing different Confederation members: 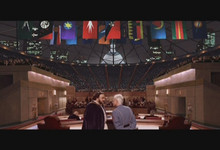 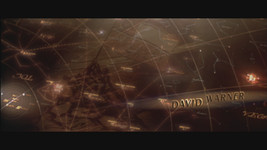 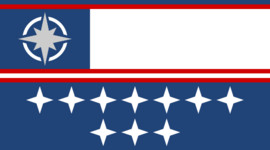 Later, concept art of the sketches from the movie intro were discovering--allowing Bob McDob to create an image of how he believes that flag should be colorized! 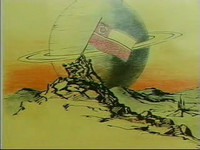 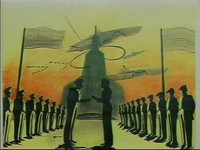 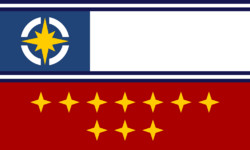