LOAF has taken Prima's strategy guide cover Christmas card and circled each of the Origin entries in yellow highlight. All of the Wing Commander ones are listed below. There's also many Ultima titles, a bunch of Janes guides and even Crusader and Strike Commander in there. 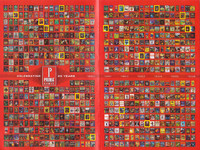 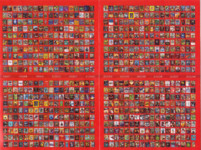 It includes a fold-out poster showing the covers of the hundreds of game guides they've published over the last twenty years... which, of course, includes several Wing Commander books! The poster is an awesome walk down memory lane... and it's great to see that someone at Prima remembers all these books. Wouldn't it be great if they sold classic gaming guides as ebooks?

Regular CIC visitor Andrew Luby is hard at work on the XNA space sim Eterium, an independent game being developed for the XBox and Windows. The game is about eighteen months along and seems to be shaping up pretty well. In addition to the screenshots below, several videos have been posted that show off different gameplay aspects. Wingnuts should be able to see several design elements inspired by Wing Commander right away. Now that the basic framework for the game is together, Andrew is moving on to creating missions. You can find out more on Eterium here. 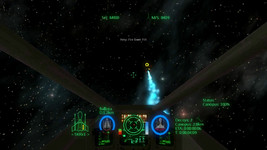 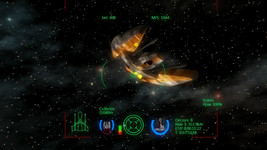 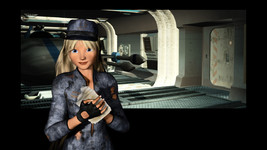 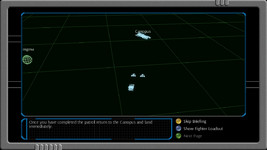 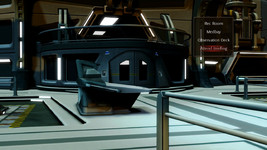 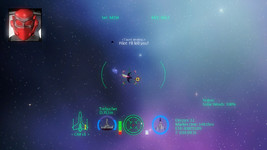 A space action game in the spirit of Wing Commander.

A young Lyota Militia pilot named Erik realizes his dream of serving for the United Earth Alliance after an incident finds him being treated aboard the UEA Canopus. Now he must join the crew of the Canopus as they plunge into the depths of a galactic civil war sparked by the discovery of Eterium, a weapon with the potential to puncture the very fabric of space and time and change the galaxy forever.