Want to make your own Wing Commander patches? These circa-1995 images from Origin's vault should help--they show the correct colors and layout for each of Wing Commander IV's factions' shoulder patches! 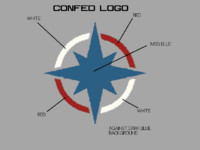 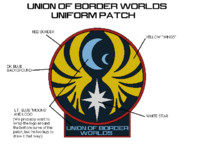 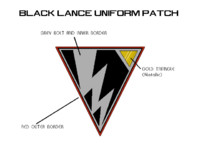 Scene 48: Blair chats with Eisen and the viewer notices that he may be up to something. Check out that awesome futuristic laptop--presumably they'll need to be five times as thick as they are today 663 years from now. Thanks to an easter egg at Origin's Wing Commander IV PSX site (and now the CIC!) we can actually read the message Eisen was typing!