I Will Need to See a Menu

Is this the menu for Bioware Mythic's re-release of Wing Commander I? Nope--although it looks very similar, it's actually a July 1996 concept for the Kilrathi Saga launcher program! As you can see, at this point the project was still going to include all of the Wing Commander addons on the disc (this must be an early mockup, as it does not seem to take into consideration the fact that Secret Missions 1 does not have its own separate executable). The third image, dated October 1996, is much closer to the finished release. 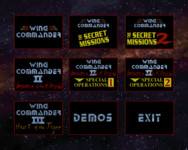 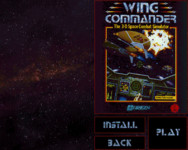 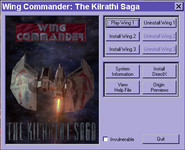