Science fiction blog io9 is reporting that Google Maps has located Batman at an Air Force base on Okinawa. Batman? That's crazy--just look at the photo, it's clearly a captured Dralthi IV undergoing flight trials: 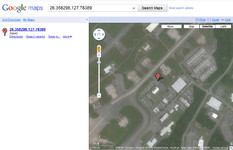 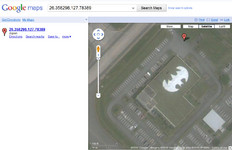 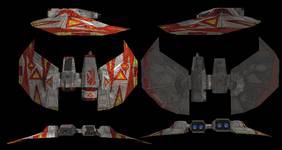 Scene 28A cover's the CGI sequence which shows TCS Lexington's jump to the Hellespont. Note that the Lexington here is drawn just like the Victory (or the Vesuvius) and not, as has been often rumored, like Wing Commander II's Confederation-class.