The Wing Commander 2 Campaign mod for Freespace has been updated with several new missions, ships and cutscenes. There are also some tweaks to the HUD interface and intro sequence. Installing it requires several steps: Install the Saga Prologue and 3.6.12 Inferno pack. Then add the initial release followed by this update (32 meg zip). If you tried the first release last week, you should only need the Inferno pack and 32 meg update now. A couple of videos have also been released to show off the game in action. 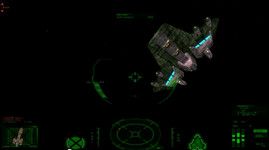 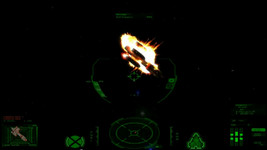 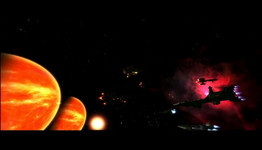 I continued work on the cinematics (these are not the final cutscenes) to make a few flybys to the ship. I've worked only a few weeks on this mod, so I need still to lern some features and so on. The HUD make me sad because it's a mix of the WC2+3 version (on my computer I see only the WC2 hud).

So have fun and tell me what is good, what's bad, what could be better. The next build perhaps (I hope so) contains camera flyby.

You need to install the prologue, then copy the latest Inferno build exe into the Saga prologue folder. Make a folder called wc2demo and put the latest release file (it's not an update, it's a new release) and music file in there. Then in the launcher a) change the exececutable to the newly downloaded Inferno build and select a mod (choosing the game folder).

There haven't been a whole lot of reasons to buy an elaborate new joystick rig lately, but Thrustmaster is providing some new hardware to tempt flight/space sim fans. The new HOTAS Warthog A-10 replica setup will begin shipping this month for a whopping $500. The joystick sports 19 buttons plus a hat switch, and the dual throttle has 17 buttons as well. There's a further 15 switches and 5 lighted displays on the control panel base. Just what you need to play Microsoft Flight! 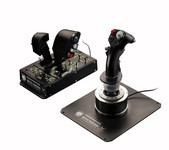 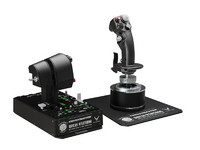 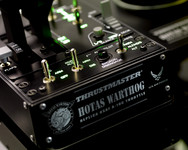 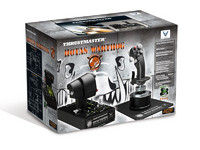 The HOTAS WARTHOG™ joystick is the result of an intense collaboration between Thrustmaster's development teams and members of the simmer community. Exchanges and studies were carried out constantly throughout the product's development phase, in order to create a joystick which meets the most specific and precise requirements of the experts. The result is a replica set of the joystick, dual throttle system and dual throttle control panel of the U.S. Air Force A-10C attack aircraft.

Weighing in at more than 6.5kg and using metal for the joystick, throttle handles & bases, the HOTAS WARTHOG™ joystick is physically imposing. When you take into account the 55 fully programmable action buttons and 2 four-direction hat switches, each with a built-in push button (this is the first joystick in the world to incorporate such a feature), it becomes clear that the HOTAS WARTHOG™ is in a class of its own, best described in terms of superlatives.