Péricles is working on a new paper model. His latest masterpiece is the Rapier II Blade based on the original Arena 3D meshes. The ships from Arena apparently make great source models for paper designs. Instructions and prinouts to build the Rapier could be available on Paper Commander as soon as next week! 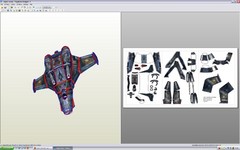 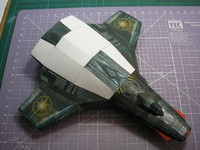 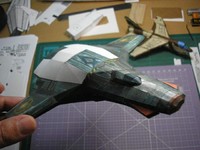 I used the methods described in the Arena Extraction Topic to produce a paper model, and the results are excellent...

I used Ogre Mesh Viewer in combination with 3D Ripper to convert the mesh, and then imported to 3D studio, adjusted the mesh to real shape and put in the textures. All pieces for all variants of Rapier exist in a single model, but are separate objects and need adjustment in texture map to display correctly. I prepared the 3D object in 3D Exploration, and converted to COB format to reading in Metasequoia LE.

For building the paper model of Arena meshes, this is perfect, because the models are not high poly. The base model of Rapier has 700 faces in total. I made adjusts in meshe to build and unfold in Pepakura Designer 3. The scale is 1/100. I think this model will be avaliabe to download in Paper Commander next week.

The CIC Staff's 2010 adventure is under way! Here's our American crew ready to get the party started. We'll be posting periodic updates to the Facebook page and Twitters (@banditloaf, @aclawson & @chrisreid) if you'd like to follow along. 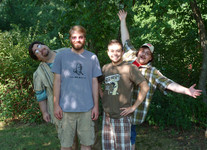