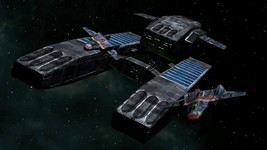 gevatter Lars took advantage of the Privateer 2 3D model archive and busted out this awesome render. It features a large military Veldor-class carrier escorted by a pair of Drakkar fighters. They boast a unique paint scheme seen in promotional renders. In addition to the main beauty shot, he's also arranged several more ships for show. It's not every day that we get new wallpapers with these ships!

Thanks for the kudos for the image. I was quite surprised that these small textures work so well in a big still image. I have just givem them some specular properties and dragged a copy into the bump mapping slot. So it's a pretty easy setup that is still working. Okay the backed in shadows are a small problem. As you might have noticed the light is comming from a complete different direction. ^_^

As for the model dump, there is a lot of other stuff in it beside the ship models. I have so far seen Planets, Missiles, Starbases and even weapon fx (they are 3d models for some reason).

All in all enough to do a complete Privateer 2 mod. The models need some attention as they are all pretty low poly (about 400 for a fighter) and they have tons of textures instead of just a single one. Still I would guess it's a good start. 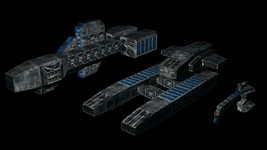 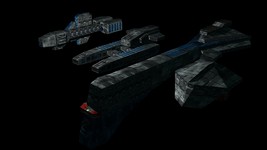 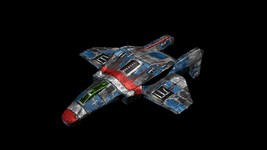