JasonRocZ has modeled several Steltek ships for aspiring modders to use. The egg-shaped Drone and Scout are based off the ships in Privateer, and the Fighter is an extrapolation of the derelict we see in the game. All three are now available in 3DS format (700 kilobytes), and they look pretty sharp. As an extra bonus, the Scout is also available as an insertable ship into Secret Ops. Grab that one here (90 k) and direct any questions to Crius.net. 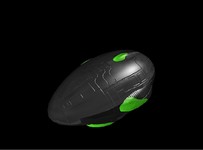 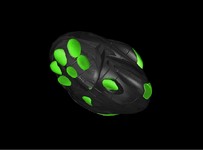 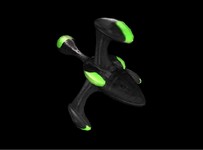 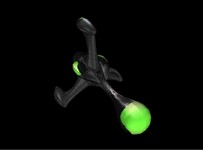 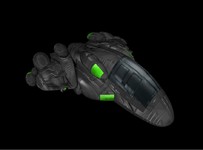 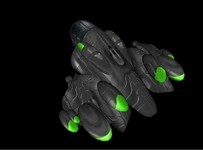 It took me quite a few hours to get it where it is. As far as the poly count is concerned, I think the Drone is at 4000, the Scout 2200 and the Fighter at like 12000. For anyone wondering, these will not be used in the WC:CD Mod.

Electronic Arts has reported its fourth quarter and year-end financials for fiscal 2010. The numbers were a significant improvement over last year, but they still represented a fairly substantial loss overall. Revenue of $3.6 billion was down compared to $4.2 billion a year ago, however loss was just $677 million instead of $1.1 billion. Despite some stiff competition from Activision/Blizzard and the first party game developers, EA still came out as the best selling publisher on the PS3, XBox 360, PC and PS2. Madden NFL 10, Sims 3, Bad Company 2 and Need for Speed Shift each shifted more than four million units, and EA's best selling game was FIFA 10 with over ten million sold. "Digital revenue," which includes downloadable games such as Wing Commander Arena was up to $570 million, with about a third of that being made for mobile phones. Full details are available here.

“We had an excellent fourth quarter, driving record-breaking non-GAAP revenue in the fiscal year,” said John Riccitiello, Chief Executive Officer. “Battlefield: Bad Company 2 outperformed, which contributed to revenue at the high end of our guidance range, and we exceeded our expectations on the bottom line.”

“We are affirming our FY11 and Q1 non-GAAP guidance and expect to grow profitability in the year ahead,” said Eric Brown, Chief Financial Officer. “Our digital businesses are expected to grow approximately 30%.”