The staff at the CIC has been investigating Nephilim salvage, and the results are disturbing! Small pastel F and T buttons have started to appear throughout the site, and they can be used to share your favorite Wing Commander news stories on Facebook and Twitter. In order to combat this new menace, the CIC has crossed through the wormhole gate and established a Facebook Page to serve as a social networking base of operations. Head over and hit the 'Like' button to follow us. Feel free to add last month's Twitter feed as well. See you in space! 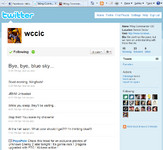 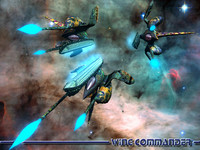 Here's a classic ad that many of you probably haven't seen before. It dates back to a series of print advertisements in the early 1980s soon after Electronic Arts was founded. It posed questions such as "can a computer make you cry?" and vowed to make "software worth of the minds that use it." You can read a little bit more on the history of these at Byte Cellar or Chris Hecker's website. 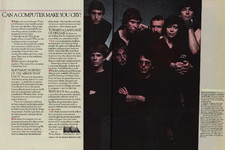 In short, we are finding that the computer can be more than just a processor of data.

It is a communications medium: an interactive tool that can bring people's thoughts and feelings closer together, perhaps closer than ever before. And while fifty years from now, its creation may seem no more important than the advent of motion pictures or television, there is a chance it will mean something more. Something along the lines of a universal language of ideas and emotions. Something like a smile.

The first publications of Electronic Arts are now available. We suspect you'll be hearing a lot about them. Some of them are games like you've never seen before, that get more out of your computer than other games ever have. Others are harder to categorize—and we like that.