Paul Smith posted some cool shots of the mission patches from Richard Garriott's trip to space, and here's a snazzy shot of Richard in his flight suit to match. 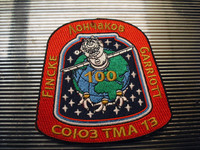 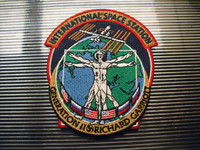 Richard Garriott, famed video game developer, is following in his father’s footsteps and has launched aboard a Russian Soyuz spacecraft to the International Space Station. Richard’s father Owen Garriott is a former NASA astronaut who completed two space missions during his career. Richard is the the first second generation American in space, and also the sixth private astronaut client of Space Adventures.