Frontier - Prelude to Darkness Part 9 is now nearly three quarters complete. April has turned out to be a very productive month for lew82, but there is still work to go. The equipment that holds and renders this fan movie is now set to frequently backup everything in order to prevent problems and minimize distractions. A new page has also been set up to profile the animation's workhorse fighter. 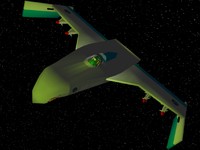 Long-time CIC visitor Jeffrey House has been privately working on a space sim game for years, and it's finally been released! Black Space is available via iTunes for the iPhone, iPad and iPod Touch for just $1.99 for a limited time. It's pretty amazing what's possible with mobile devices and touchscreens these days. Version 1.1 is what's currently available, but an update with new missions and an improved iPad interface is already in work. 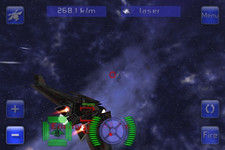 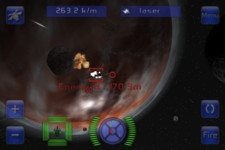 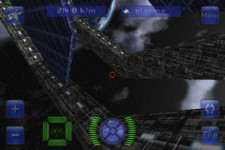 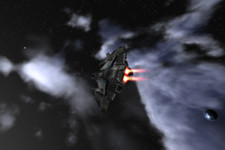 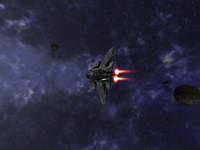 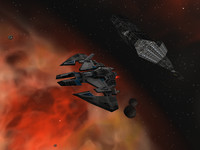 I played Wing Commander when I was a teenager, and ever since then I have wanted to make my own space combat game. After a couple years of work I have finished my iPhone/iPad game.

"Black Space" takes you on an epic journey to save the Alliance from the evil Terran Hegemony. Pilot different ships with different capabilities throughout the known galaxy in your quest. Dodge asteroids and enemy fire while flying through awesome 3D rendered locations. Be ready for the best experience of space combat yet!