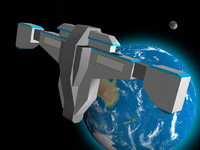 The Spring 2010 System Update for XBox 360s was released today. Most notably, it adds USB storage device support. USB flash drives can now be used like memory units or hard drives to store game content, arcade titles and more. There is a limit of 16 gigabytes that can be seen by the XBox, and there are partition options to make larger or smaller drives dual-useful for both gaming and PC storage. The XBox partitions are created with a proprietary format, but it would be pretty darn interesting if someone found a way to creatively examine the contents of Wing Commander Arena. 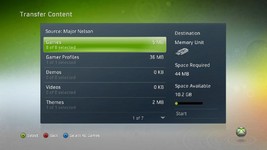