Wing Commander 4 Gets Screwed (in a Good Way)

GameTrailers has covered WC4 in ScrewAttack's latest Video Game Vault feature. The two-minute video gushes at the advanced flight engine, live action video and branching plot of The Price of Freedom. It really makes you want to go and play. As an extra bonus, they specifically highlight the Playstation version of WC4 and talk about how amazing all aspects of the game were for its time. The clip's been viewed over 100,000 times in the last ten days, so hopefully that jogs quite a few memories and gets some pilots back in the cockpit! Check the review out here. 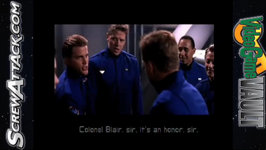 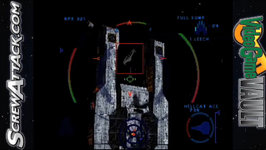 I mean, suck it 1996 Hollywood. No, screw that: suck it 2010 Hollywood. Why would we ever go to a movie when we could have a way better experience on our couch?

Thanks to Delance and Kilrathikiller.

On this day in the year 2656, the TCS Tiger's Claw was ambushed by Strakha stealth fighters while on approach to K'Tithrak Mang, the Kilrathi Enigma Sector HQ. Although the ship and most of her crew were lost, many of her pilots were able to rally and recover aboard the TCS Austin. Among them was Christopher Blair, who was convicted of negligence based on his missing mission recorder and claims of invisible fighters. Here's to one of the most courageous ships in the Confederation fleet!