LeHah tipped us off about George "Fatman" Sanger's cool video show and webcam. He's been teaming up with Jeri "Circuit Girl" Ellsworth to share their technological adventures with the internet. Check out archived episodes here!

I've got a great Nerd Treat for y'all! If you are too smart to be cool and too cool to be a nerd, you are a Scientiste. That's what Circuit Girl and I call you. That, and our friend. And we've been working on creating a community that's worthy of your attention and participation.

Famous Ubergeek Chick Jeri Ellsworth and I have been playing, having fun, making prototypes, discussing creativity, making music, and webcasting the whole thing as The Fat Man and Circuit Girl. So check it out... get on the forums and geek out with us, and enjoy!!!! 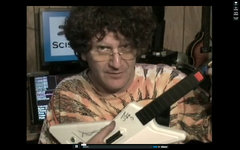 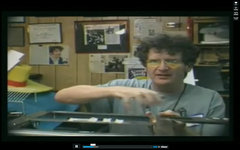 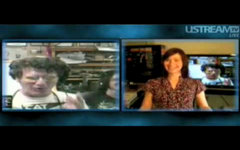 The Wing Commander-themed wiki encyclopedia hosted by the CIC has reached a major milestone! Thank you to all the dedicated contributors who've helped so far. Dundradal helped achieve the feat today:

Today I spent several hours working on WC1 mission entries (7 more fully completed with only 5.75 left to go but the articles are already laid out). In the process of doing that the 1,000th WCPedia article was created being the Kappa Wing mission in Hubble's Star.

There's probably another 3 hours of WC1 mission entries left. After I finish those I've created a a project list for myself that I plan to follow in the coming months. Despite my lack of free time, this project is something I've really wanted to see move forward and I will continue to work in the coming months to make sure it does. I'm especially looking for a USG text helper. Even if you don't own the USG but want to help PM me and we can discuss it.

Thanks to all those who have contributed to so far to the project.

For those who are interested here are some stats about the project:

There are 2,126 total pages in the database. This includes "talk" pages, pages about Wing Commander Encyclopedia, minimal "stub" pages, redirects, and others that probably do not qualify as content pages. Excluding those, there are 1,004 pages that are probably legitimate content pages.

603 files have been uploaded.

Keep up the good work!