Wing Commander Collateral Damage's new Moray has taken a psychedelic turn. Its bright purples are now more prominent and the textures seem to shimmer. It's a good bet that there will be quite a few of these in space alongside the Manta, which would be very a pretty sight. 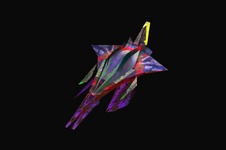 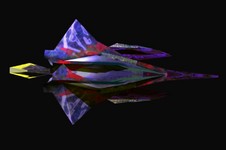 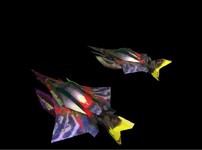 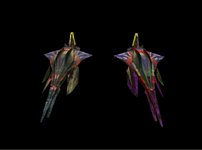 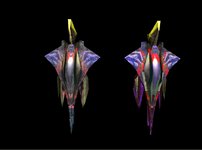 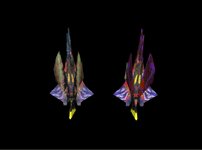 Review of the Best Game of the Year

Here's a classic review of Wing Commander 1 from COMPUTE! magazine Issue 126 in February 1991. The lengthy article was originally written by Richard Sheffield and posted at Atari Magazines. The gushing praise and excitement make this a joy to read. Try to think back to how you felt when you first played a cutting edge Wing Commander game. It was probably something like this. Check out the full article here.

She was really in a heap of trouble by the time I got there - no shields, no guns, and two Kilrathi on the hunt. I caught the first one by surprise and splattered him with a missile, but the other was lining Spirit up for the kill. I fired my laser at him till it overheated. His shields were down, but I couldn't finish him. I was desperate and could only think of one thing to do. My shields were strong, and his were down; so I lined him up in my sights, hit the burners, and flew right through him. The crash knocked my shields totally out, but my ship held together. His didn't.

Spirit and I managed to beat feet back to the Tiger's Claw, but I was badly shaken. I had almost let my wingman get killed because I let a fight get personal. I vowed not to let that happen again.

Interwoven with the cinematic sequences and the combat portion of the game are an absolutely superb musical soundtrack and sound effects. The soundtrack sets the tone for the sequences on board the ship, as well as in combat, where the mood of the music changes with the action on the screen. The sound is so important in this game that playing without a sound board greatly reduces the experience.

Which brings me to another point. Hardware. This all sounds like the perfect game, right? Give me two! But all this performance comes at a stiff price, and that price is hardware. To use the musical score throughout the game and to use all the great graphics features, you need a very high-end system. According to Origin, the optimal platform for playing Wing Commander is a 16+ MHz 386 with 1 + MB expanded memory; a hard drive with 6.5MB free; a Roland, Ad Lib, or Sound Blaster sound card; VGA graphics; and a joystick. Not your average home machine, at least not yet. Origin has chosen to program the best games it can, even if that means leaving those of us with less powerful systems behind.

If you really want to push your computer to limit, Wing Commander does it better than anything else on the market. So heat up your laser cannon and show those feline fleabags that the "hairless apes" of earth know more than one way to housebreak cat!