Electronic Arts has announced a release date for the 8th expansion to the long-running Ultima Online. Stygian Abyss will be available to purchase September 8. It will be available as a digital download starting at $29.99. Current players will be allowed to test out the new material in an open beta period from August 14 to 23. EA recently made the previous expansion, Mondain’s Legacy, free to UO subscribers.

Ultima Online: Stygian Abyss revolves around the introduction of the playable Gargoyle race. Players will also find expansive new areas to explore, including Ter Mur, the Gargoyle homeland, and the Stygian Abyss – the largest dungeon area ever introduced to Ultima Online. This sprawling dungeon will contain new boss monsters of unparalleled difficulty, including the Medusa, Primeval Lich and the Stygian Dragon, as well as Player vs. Player zones where adventurers will be turned against one another.

“As the 12th anniversary of the storied Ultima Online franchise approaches this fall, we could not be more excited to launch UO’s 8th expansion, Stygian Abyss,” said Jeff Hickman, Executive Producer for Mythic Entertainment. “On September 8th UO players past and present will be able to experience all new content, including the new Gargoyle race and one of the largest dungeons in UO history.” 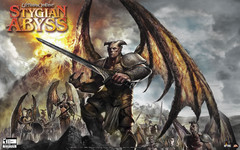 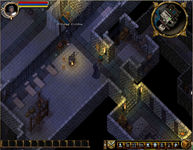 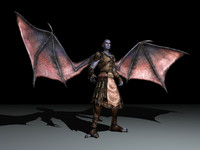