Michelle D has a revamped Gratha model. The structure of this new version is a little bit more in line with the original game design. Now that the main frame is complete, texturing will begin soon. Help provide feedback over at Crius.net. 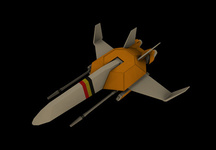 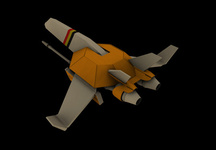 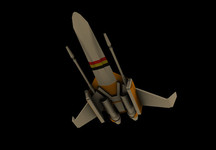 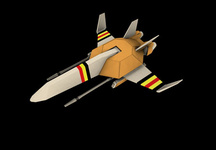 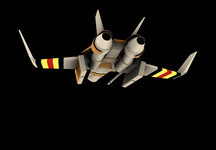 This time I'm a little more pleased with the model matching the original artwork. I'm wondering about the two pods under the wings. If they are missile launchers, decoy launchers, fuel tanks, landing skids, or the mass drivers the Gratha is supposed to have.

Series L is the Hellespont/Alcor missions, Wing Commander Prophecy's only exclusive losing set of missions (other than D-L). Very few people bother to fly these missions, which is a shame - where else can you see the Confederation starbase? (Well, the simulator... and Secret Ops...)