Microsoft's XNA is a set of tools that enables hobbyists and independent developers to rapidly create videogames for Windows and the XBox 360. The XNA software suite makes it easier to render graphics or connect to the Live network. Laurence is putting together a Wing Commander-style shooter for the platform. The Pulsar development blog already covers a number of topics, from creating nebulas to multiplayer support.

I had attempted to take some time off from game programming after I released BlockBUSTER but after a few weeks I just couldn’t stay away. I decided to revisit some of my STARQuest visions but cut way back to something more realistic. I’d always loved the legacy space combat shooters such as Wing Commander, Tachyon, Privateer and FreeSpace. I decided I wanted to do a space shooter but somehow based in my STARQuest universe. I also wanted to reinvent the genre which hasn’t really done anything since the late 90’s. I really liked the team based style of Tachyon’s multi-player Base Wars. I therefore modeled my next title after Base Wars, but instead of just 2 teams, I’ll support several teams combating each other. I’ll also support a richer strategy element, providing more options on how to allocate resources. I believe this will provide a unique and exciting blend of action combat and strategy set in a cool futuristic space setting, and best of all, it’ll run on an Xbox 360! 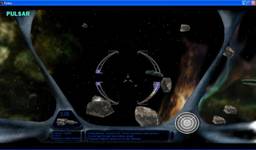 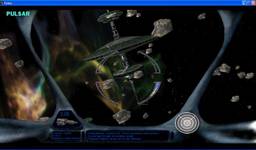 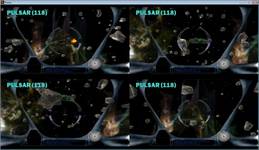 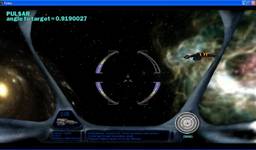 Here is another fascinating remnant of Wing Commander Prophecy's multiplayer which again mirrors that of Wing Commander Arena: the decision that it was necessary to include arcade-style "powerups" in the game. Clearly, the team knew longtime fans would take powerups poorly and wrote this "rational": "In Privateer and Armada, there was no problem with our player/customers flying through cargo that the ‘enemy’ ships dropped, and having that automatically stored onboard their ships. It was a natural game element. We are bringing it back. Shield power icons will look like blue shield power, fizzing away in space; armor icons will look like armor plating in space. The look will be as ‘real’ as possible, keeping with the Wing Commander mindset (Space War, military style, etc.), but fun should be the real deciding factor."