Major Payne is making great progress on the Kilrathi capital ships featured in the Wing Commander Invasion mod. The Bhantkara carrier, Ralarrad light destroyer and Ralaxath heavy destroyer have all come together in recent weeks. Check them out below! Work continues now on getting the ships working in the Star Wars: Empire at War RTS engine. 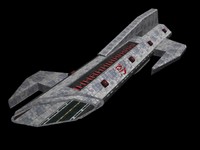 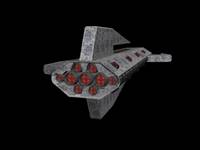 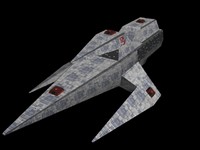 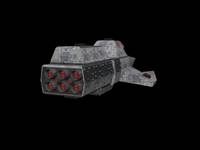 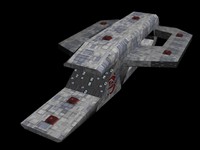 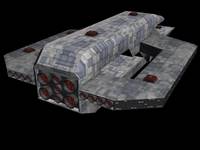 A strange shape this one, but an important class of ship. The Bhantkara will play the part of a heavy fleet carrier. It'll be quite large, slow moving and have relatively low armament, but this will be offset by the heavy armour and high fighter compliment each ship carries.

Today we end the 'mission' updates... with a colorful treat! Last, but not least, we have the plans for a single multiplayer mission. As follows: "At the beginning of the mission fighters from each side are set against the interceptors defending the others base ship. Once the fighters have taken out the interceptors that teams bombers will start to take out the others carrier. The first side to achieve this goal is the winner. When a ship, other than the two Carriers, dies it will be re-spawned inside its own base ship." I know there has been a lot of discussion lately as to whether or not the Prophecy team ever intended to include multiplayer... this should add something to that debate!