Finally, the Wing Commander Saga mod project has released six screenshots showing off their new Kilrathi textures. I have to say, I'm surprised and impressed - instead of simply copying Wing Commander III they've developed a very original new look for these ships. The blue background makes them a lot easier to see, too! For those unfamiliar, they are (in order) the Darket, Dralthi, K'ha'haf, Paktahn, Vaktoth and Strakha. 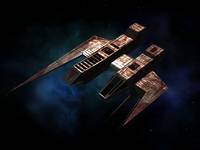 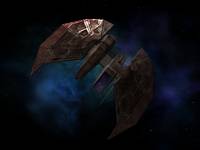 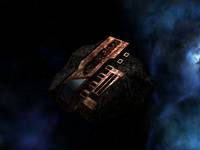 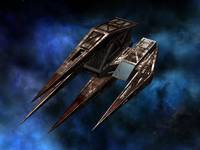 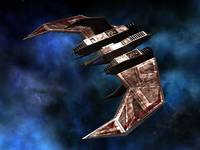 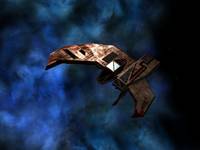 Q: What are your personal expectations for Jumpgate Evolution?
A: Jumpgate evolution in it’s early tech demo stages showed a lot of potential in where it was going and myself and others in the team were extremely excited about the title, so much so I asked to be put onto the team to work on it, leaving behind my hobbits. The NetDevil Team themselves are a great bunch of guys and there’s a tremendous skill set and passion amongst the team which in turn gives the Codemasters team a burst of passion themselves. The game will be fantastic and over time it will become greater, that I have no doubt. It’s that Wing Commander / Freelancer game people have been secretly wishing for with the persistent online world the early games were missing. I already have my joystick set-up to take on the early testers in our closed beta and prepping myself for some awesome dog-fighting and PvP, though I’m finding age and reaction speed have a very direct correlation to one another. Let’s hope that my Zimmer frame ship mod makes it into the final game.