Following the recent announcement that Richard Garriot - one time Origin founder and recent space traveler - would be leaving the company, NCSoft has announced it will be shutting down Tabula Rasa at the end of February. This is what they had to say in their press release on the Tabula Rasa website:

Last November we launched what we hoped would be a ground breaking sci-fi MMO. In many ways, we think we've achieved that goal. Tabula Rasa has some unique features that make it fun and very different from every other MMO out there. Unfortunately, the fact is that the game hasn't performed as expected. The development team has worked hard to improve the game since launch, but the game never achieved the player population we hoped for.

Tabula Rasa will end live service on February 28, 2009. Even so, the team intends to go out with a bang. Tabula Rasa servers will be free to play beginning January 10th, 2009. The team promises to have "some really fun things in Tabula Rasa" for the finale and promise that sticking with the game to the end will be worth your while.

That said, our sympathies are with the Tabula Rasa team that will soon be jobless and that invariably includes a number of ex-Originites. To those, We wish all the best wherever their careers take them next.

Here's an even stranger treat - a 'FMV quality' version of the oft-forgotten civilian cruise liner model. This ship never really shined in the game - for whatever reason you just never get a good idea of what it looks like. Here, though, it's absolutely magnificent - opulent and elegant as described in the fiction. 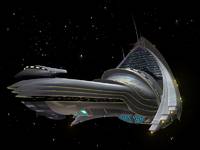 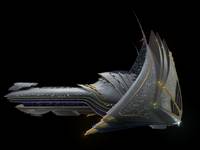 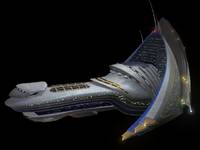 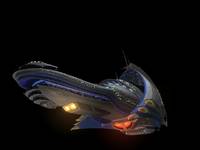