The Wing Commander Saga team has decided to go back and give their fighter models a 'lived in' feel with a new set of textures! Explained:

In the Prologue, we wanted our models to stick with a clean military look. At the time, we were still learning the tech that we were using as tools, so we weren't certain of the limits of exactly what we could pull off. So, we went with something a little on the safe side: pristine models that looked like they had just come off of the assembly line. In the past months, however, we went back to the drawing board and started applying different effects to the textures and models. As you can see, Confederation fighters now look like they have seen hard combat duty, and are dirtier and battle scarred. In this visual shift, we wanted to show that the war effort is not going well for Confed, that every fighter counts, and that every effort was made to keep these warbirds flying, sometimes even long after they should have been decommissioned. We are hoping that this visual evolution will add to the overall atmosphere of the part of Wing Commander history that we are trying to capture in our main campaign.

Here's how they look: 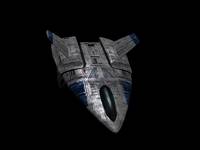 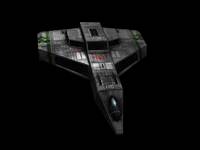 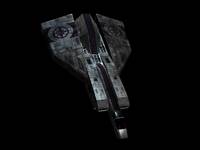 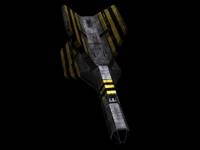 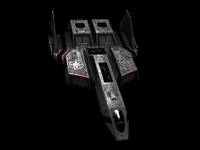 This is the Star*Soldier gloss for the first Maniac page:

CONCEPT: This is everyone's favorite page and also the one with the most embarassing error! The concept here was that it would look like a cheap 'Book World' type advertisement; I don't know if anyone has seen these, but they always have especially fake looking pretend books with the real cover image slapped on front of them. The big issue in my head was Maniac's picture, which no one ultimately cared about. It's from a scan of the "Biggest Fan" prop from Wing Commander Prophecy, but I have no idea if Electronic Arts had any right to reproduce a picture of Tom Wilson. My alternative was to use the 'fish face' Maniac image from Wing Commander I (from after Halcyon tells you you can shoot him down) -- but the project would have lost something not nodding to the FMV somewhere (and this is just such a cool picture).