Eddieb is making good progress on the next iteration of Flight Commander. This impressive project strives to recreate a Wing Commander type experience in a package that is also easy to edit and create new fan projects with. While he is busy researching how to properly implement enemy AI, there have been plenty of other advancements made.

Yeah, 1.6 is coming along great, I've finished up some missile work, and ... I've implemented damage reports, and the damage model.

If you get shot up, your ship's performance starts to degrade. You lose missiles, you slow down, you can't afterburn. Your trusty repair system helps get you back on your feet.

While I was at it, I cleaned up the hud a little bit too.

You can visit the FC issue tracker to see what kind of progress has been made or report bugs so that Eddie can make Flight Commander even better. 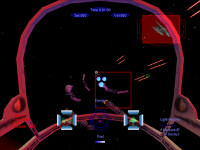 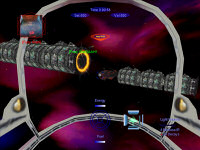 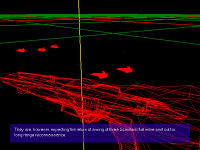 This is the Star*Soldier gloss for the fourth Joan's page: