The skies are just full of Dralthi, aren't they, Admiral? That appears to be true... on LEGO Mars, anyway. The current 'Lego Space' theme pits humans against green glowing aliens on the red planet... and the toy kits include several Dralthi look-alikes! Swooping pancake wings are the Martian's design pattern. Check them out: 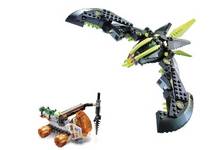 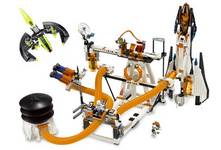 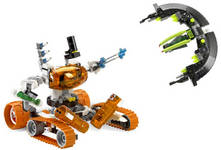 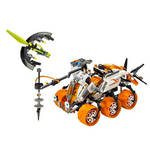 For those wanting to buy they're on, they are (in order) the ETX Alien Strike, MB-01 Eagle Command Base, MT-51 Claw-Tank Ambush and MT-101 Armoured Drilling Unit. There's also another that looks like a Jalkehi.

The March 14, 1997 Component Leads Meeting agenda introduces two new stars to the Wing Commander Prophecy development team -- Dave Plunkett and Trey Hermann... both of whom are extremely cool artists who are still happy to help out the Wing Commander community ten years later!