It's a popular month for Excaliburs. JasonRocZ has updated Steele's our XWA mod ship for WC Collateral Damage. So far he's reworked the gun mechanism to include some motor equipment and circuitry. This is supposed to reflect the autotracking guns from WC3. He's looking at Chain Ion Cannons for the centerline guns and also testing out several different color schemes. 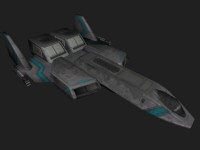 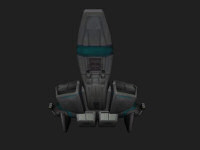 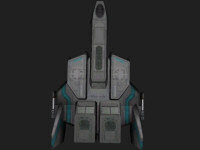 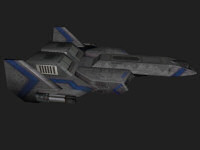 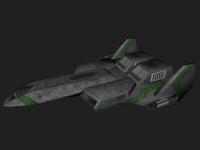 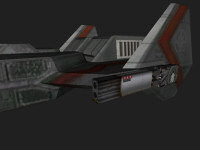 I have modified the existing Excalibur model that was originally done by Micheal "Steele" Boewes. I believe it is an excellent model. I showed this model a few months back, but unmodified as part of some screenshots. Here's an updated version with a slightly different look.

Two things stick out in the June 14, 1996 Wing Commander Prophecy Component Manager Meeting agenda. First is the arrival of the new Playstation Analog Joystick at Origin - a massive flight stick which makes playing Wing Commander IV PSX a breeze. Note the amount of work that's going into getting the PSX controls just right - the team must understand that Wing Commander IV will set the stage for Wing Commander Prophecy PSX and so it must work to correct the generally awkward controls from the WC3 port. The finished game will, in fact, ship with a host of optional configurations for all sorts of players. The other is that Jason Hughes is cleaning up Wing Commander 2 code for The Kilrathi Saga... if Origin was able to recover WC2 source code in 1996 then perhaps it is archived with the material at EA Mythic? We'll soon find out!