This week features the Novaya Kiev series along with the first two missions of Heaven's Gate. It's never too late to join the war effort. Lorien recalls Ghorah Khar:

Had a nice chat with Stingray in the barracks before the mission. It seems his pilot wings were found in McGuffin's hand when he was found and that's why Stingray's off the flight line. You'd think we'd find an opportunity to connect a little with our similar experiences at undeserved blame. On the flight deck, Angel explains why the Enigma sector is so important to the war effort, if we lose it Earth and the homeworlds will be at risk. I'm to join her in the office to meet my new wingman.

It turns out that my wingman is to be the captain of the Fralthi we rescued a decade ago, Hobbes. I'm a little unsure about flying with him, especially since he's very eager to put us into the thick of the fight. I'm also reintroduced to an old friend, the Rapier. The Neutron guns have been replaced with Particle Cannons, but it's still the same hot rod that I flew ten years ago. Hobbes suprises me when he puts me in charge of the wing at the start of the mission. It seems I have a bit of a reputation amongst the Kilrathi. A reputation that will no doubt be enhanced by taking down Kur. That fight with all the Grikaths was a little hairy with Neutron Bolts all over the place, but it was a victory. I have a bit of a chat with Sparks as she repairs an Epee, apparently Downtown can offer a more complete story about Hobbes.

JasonRocZ has been hard at work polishing his spaceships for the Wing Commander: Collateral Damage mod. We now present updated versions of the Broadsword bomber, Buccaneer fighter (which I seem to have referred to in my update notes as 'Thunderipoff' - take that as you will) and the Belleau Wood transport. More pictures are available here (Broadsword) and here (Wood). 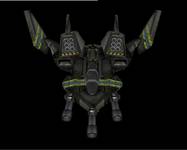 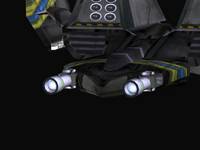 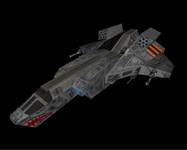 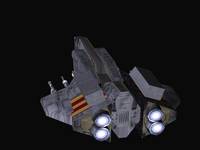 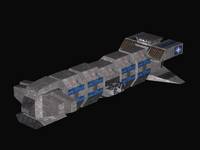 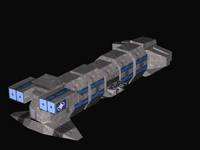