Never say never - I thought I had finished my collection of Wing Commander soundtrack CDs five years ago (update)... but I was wrong! Joe Garrity of the Origin Museum spotted "Signature Sounds: Electronic Arts Music Sampler Volume One" at an auction. I immediately set about tracking down a copy and can now reveal its secrets! It is dated 1993 and contains 31 tracks from a variety of EA games... including several from Origin (Strike Commander, Bioforge, Pacific Strike) and two Wing Commander games (Privateer and Super Wing Commander)! Here's the impressive track list, some scans of the package and mp3s of the two Wing Commander pieces! 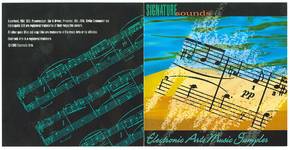 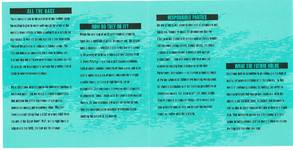 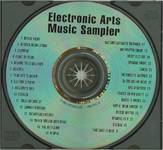 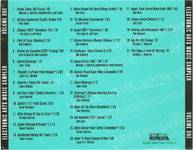 Yeah, yeah - you're as tired of seeing these updates as we are of writing them... or, more accurately, as we are of dreaming how they should work. Electronic Arts has announced a new focus on smartphone and iPod games which includes Sims and Hasbro-branded games. You know the drill - where's Wing Commander? The press release says:

LOS ANGELES--(BUSINESS WIRE)--April 2, 2008--EA Mobile(TM), a division of EA's Casual Entertainment Label, today announced the availability of five new titles for mobile phones and two iPod games. Continuing its tradition of creating high-quality, easy-to-play, casual entertainment, EA Mobile has launched these exciting, new titles: The Sims(TM) 2 Castaway and The Sims(TM) Pool, both extensions of the enormously popular The Sims franchise; Monopoly(R) Here & Now, a modern version of the world popular board game; Yahtzee(R) Adventures, the treasured dice game updated with unique characters and settings; and Merv Griffin's Crosswords(TM), based on the popular TV show. In addition, visually rich iPod versions of the hit Hasbro games Scrabble(R) (in North America only) and Yahtzee(R) are now available for purchase from the iTunes Store.