JasonRocZ has built a large warship for his Collateral Damage mod, and you get to name it. The design has moved from a carrier to a transport to a cruiser to a dreadnought as it's gone through development. The ship has many visual inspirations that fans should be able to see. Check out the turret positioning similar to the Plunkett, a dorsal surface like the Indomitable, vertical fins like the Confederation and other similarities. Jason's even mocked up an Arena-style render for one of the shots. You can see more of this history here or help give this bulky ship a name here. 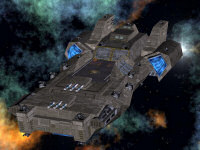 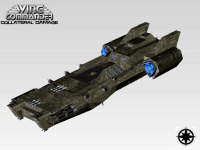 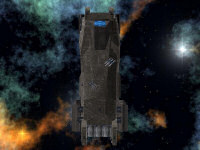 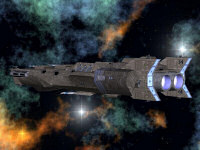 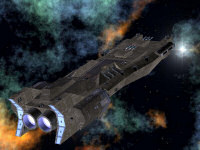 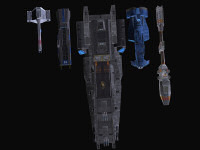 Keeping Up With The Johnses

Electronic Arts has announced a new Chief Operating Office to replace executive turnover this year. John Pleasants assumed the role of COO and President of Global Publishing this week. The role also includes leadership of corporate communications, government affairs, and online, central development and technology teams. He reports to CEO John Riccitiello. In other EA news, the company has just signed a deal with Microsoft to provide constantly updated advertisements for the in-game billboards in its upcoming sports games.

Throughout his career, Pleasants has established himself as a leader in consumer marketing, online, and technology. His previous experience includes positions as President and Chief Executive Officer of Revolution Health Group, President and Chief Executive Officer of Ticketmaster, and key consumer marketing roles with Frito-Lay.